Share a memory
Obituary & Services
Tribute Wall
Read more about the life story of Stephen and share your memory.

Stephen D. Hanson, “Steve-O”, 66, of 12 Declaration Dr in Westbrook, Maine passed away Thursday, January 5, 2023 after a brief hospitalization in ICU where he was up against some serious health complications. God welcomed him home, as he struggled with a broken heart since he lost his beloved wife, Cheryl, in 2018.

Steve was raised in South Portland, Maine as the eldest son of his predeceased parents, Kenneth M. Hanson, and Charlotte G Cobb. He attended South Portland schools, graduating from South Portland High School, class of 1974 with a 4.0 GPA. After one year post grad, Steve headed for University of Denver (DU) on scholarship. While his passion was to be a mathematician or a collegiate professor, he terminated his tenure and soon returned home to begin a lifelong career as a finish carpenter starting at Nelson & Small under his father’s management.

His love for his family and friends was beyond words. He was a socialite and thoroughly enjoyed being around people. He had such special relationships with so many. His poetic humor, spontaneous wit, infamous quotes, and mindful riddles will be remembered by all.

He was 24 when met then later married his forever love, Cheryl A. Small on May 28, 1983. They had 2 daughters, Kayla, and Rebecca whom they raised in Portland. His family was a true source of enjoyment and fulfillment. His love for everything nature, fishing, hunting, sports, and sharing his passions for music and dancing were amongst some of the most precious and inspiring pieces of his life. He took pride in so much including his desire for natural resources for health maintenance as well as his faith in God.

He was able to share all of these attributes and more with his 4 grandchildren whom he adored. They affectionately knew him as “Papa” and were so blessed to share their time with him and “Mimo” so often.

Steve will be so sadly missed as he joins so many that have passed before him, family, and friends alike. He is survived by his loving daughters Kayla Kunath and husband Jon of Windham; Rebecca Hanson of Windham; grandchildren Jadyn (14) and Kyle (10) of Windham, Landin (14) and Chase (8) also of Windham; youngest sister Sumida Sferes and husband Tony of Windham; youngest brother Michael Hanson and wife Jinko of Churchville, MD; middle brother Jeff Hanson and wife Line of Cape Coral, FL; eldest sister Kim Vacchiano and husband Charlie of South Portland; father in law Bill Small of Burnham; brother in law Jeff Small and wife Christina of Palmyra; brother in law Daniel Small of Augusta; as well as many nieces, nephews, cousins, aunts, uncles and friends.

Visiting hours will be held at A.T. Hutchins Funeral Home in Portland on Sunday January 22nd, 2023 from 11-1pm immediately followed by a short service. Reception to be held at a separate location.

To send flowers to the family or plant a tree in memory of Stephen D. Hanson, please visit our floral store. 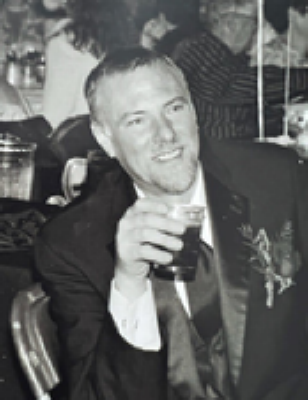