Plant a tree in memory of Sebastiano
An environmentally-friendly option 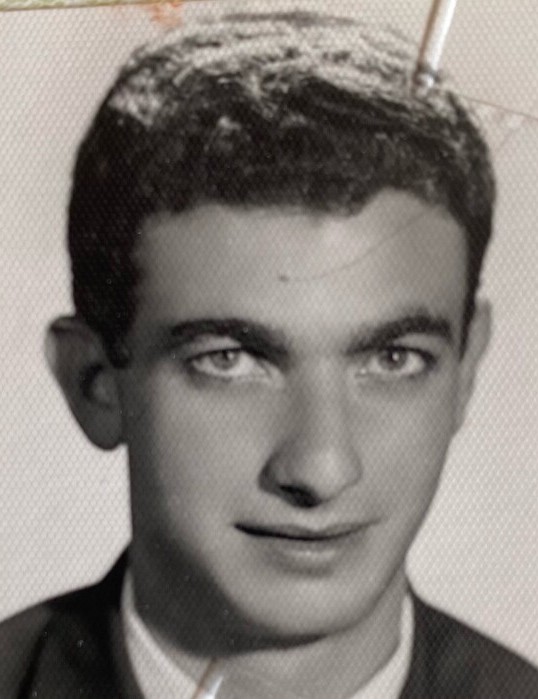 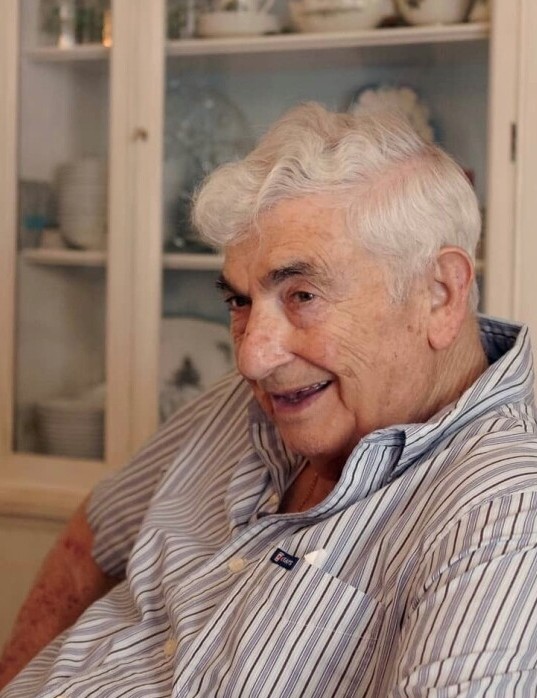 On April 1, 2021, Sebastiano Giacomo “Jimmy” Ascanio, 88, peacefully passed away at his home surrounded by his loving family.

“This is BS” he would often say when something rubbed him the wrong way (though he didn’t abbreviate it).  Later in life, it would become a joking salutation by those closest to him – especially his son Jim. That was as profane as he ever got because, at heart, he was a uniquely humane and dignified man. He cared deeply about his family and the state of the world at large; a result of his Southern European heritage and caring heart.

Jimmy was born in Catania, Sicily on June 3, 1932 to Luigi and Rosaria Ascanio as the youngest of 4 children. He came from a family of professionals that valued education, but his passion as a youth was soccer.  World War Two interrupted his boyhood and in 1943, during the Allied invasion of Sicily, his family fled to the villages surrounding Mt. Etna. His stories of the many indelible experiences of his youth always enlightened and entertained his family and friends.  Before emigrating to the US in 1959 with the assistance of his cousin Sebastian Pennisi, he learned the trade of house painting in Switzerland where he embraced the order and discipline of that society.

Within three months of his arrival in the US, he met and married Marie (Andersen), the love of his life for the next 61 years. Never one to waste time, Jimmy fathered four sons (Louis, James, Richard and Robert) in quick succession, and a fifth (Anton) eventually joined them. Jimmy worked tirelessly to provide for his growing family, culminating in the establishment of Ascanio Painting & Decorating which he led for over 30 years.  As he strived to become a successful American citizen, his priority was always his family, never his own stature.

Aside from family, Jimmy’s greatest passion was cooking and his skill in the kitchen was renowned.  While he focused on Italian preparations, he’d often play with other cuisines.  You could reliably count on a big Sunday dinner, and Christmas Eve was his masterpiece.  One of the original Renaissance Men, he also enjoyed Opera, reading and politics (sometimes).  Jimmy was a champion of the benefits of a well-rounded education and could recite verses from the classics he’d learned while listening to his brother Professor Baldassare Ascanio tutor students in their Catania living room.

In addition to his parents and cousin Sebastian, he was predeceased by his brother Baldassare and sister Angelina Fabiano of Italy.  He is survived by his wife Marie and his sons and their wives - Louis and Genny, James and Maria, Richard and Patty, Robert and Dawn, Anton and Cassidy; as well as his sister Lena Zappala of Brookline, MA, and 12 grandchildren and 3 great-grandchildren.

In the words of his favorite tenor - Vincero!

Plant a tree in memory of Sebastiano by clicking here.
To send flowers to Sebastiano's family, please visit our floral store.

Plant a tree in memory of Sebastiano
An environmentally-friendly option

Plant a tree in memory of Sebastiano

1 tree planted in memory of Sebastiano

Words are never adequate to express the sadness of your loss....
In our thoughts and prayers, Flossie and Leanne

My sincere sympathies to the Ascanio family. Marie, Bob, Anton, and the others, I am holding you in prayer. JImmy was a great guy, always good to us when we lived on Washington Ave., an unforgettable and wonderful man. I am so sorry for your loss, and I will always think of Jimmy fondly. God bless you all with comfort, and may Jimmy rest in God's eternal peace. ~Kathy Eliscu

Jimmy was a longtime patient and friend. He personally arranged a wonderful and unforgettable week for Barbara and me as we visited Sicily and stayed under the fireworks of Mt. Vesuvius in Taormina. He was an unforgettable friend.

My condolences to the entire Ascanio family... Jimmy was a true gentleman who I admired from day one. Always positive and helpful to me in business and as a friend. My brother, Ed thought of Jimmy as a second father as well.... He will be missed by many..

A Memorial Tree was planted for Sebastiano G. Ascanio

We are deeply sorry for your loss ~ the staff at A.T. Hutchins Funeral and Cremation Services
Join in honoring their life - plant a memorial tree

Plant a tree in memory of Sebastiano