Share a memory
Obituary & Services
Tribute Wall
Read more about the life story of Linda and share your memory.

Linda was born on 22 January 1948 in Boston, the daughter of the late Walter and Elsie Knowlton. She grew up in Belmont and graduated from Belmont High School. She moved to Maine after marrying David B. Hawkes, Sr. in December of 1967.

Linda earned a bachelor’s degree from Westbrook College and spent her early career years as a dedicated mom, volunteering, driving, coaching and leading ski trips all over New England.

Later on, Linda earned a Master’s degree in Nursing from the University of Southern Maine, where she was a member of the nursing honor society. She worked as a nurse at New England Rehab Hospital in Portland for 25 years, where she was known as a kind and compassionate nurse.

Linda’s foremost passion was dogs. She trained and showed many dogs, in obedience and agility, over many years, traveling all over New England and beyond. Linda also trained a number of her Rottweilers to become certified pet therapy animals. She spent many years bringing her pet therapy dogs to New England Rehab Hospital and other facilities, easing the suffering of countless patients.

Linda also loved to snow ski, hike, swim, play golf and tennis. She taught numerous people to snow ski, including her own children at Black Mountain in NH, each at age 4.

A celebration of her life will be held later next summer at her beloved family cottage on Highland Lake, where she was known by many as the life of the party.

In lieu of flowers, please consider a donation to the Warrior Dog Foundation. 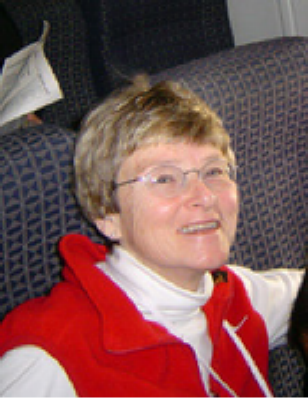