Share a memory
Obituary & Services
Tribute Wall
Read more about the life story of John and share your memory.

John P. Gorham Sr. Passed away peacefully on January 7th 2023 with his son John Jr by his side. He was born on January 17th 1941 to John P Gorham and Carmilla (Caiazzo) Gorham of Portland, Maine. He was raised on Munjoy Hill with a large family. After High school John enlisted into The United States Navy. Upon returning he married his sweetheart Cherrianne M. Eaton on Feb 1st 1964. Starting a family, their first daughter Maureen K. Gorham passed after birth on Sept 16th 1964. John and Cherry raised two sons and daughter in North Windham, until moving to Peaks Island.

We all loved the oceans and boats. Dad had a love affair with the ocean and boats, which he passed down his passion to his children. Dad was full of love, humor and quick witted. He never forgot the tiniest details of a person’s life. He remembered birthdays and celebrations. A very proud man and very likable, he often shared his wisdom. An Irish man who loved Irish music and Italian Music and Italian desserts. John was a member of The Eagles, VFW, Elks, and Amvets, along with many unions, organizations and associations including NLCA.

John's wife passed away on April 12th 2007 which left him heartbroken but more aware of the meanings of life and small stuff needed to be not worried about.

He spends most of his time visiting family and friends. Until he met Lillian Wakefield. Together they enjoyed each other’s company and companionship. They enjoyed dancing, lakes, and boating.

John was preceded in death by his son Paul T. Gorham on June 7th 2014.

Visitation will be held from 4-6 PM on Friday January 13, 2023 at A.T. Hutchins Funeral Home, 660 Brighton Avenue. A Mass of Christian Burial will be celebrated 10 AM Saturday January 14, 2023 at The Cathedral of The Immaculate Conception. Burial with Military Honors will be in New Calvary Cemetery in the spring.

To send flowers to the family or plant a tree in memory of John P. Gorham, Sr., please visit our floral store. 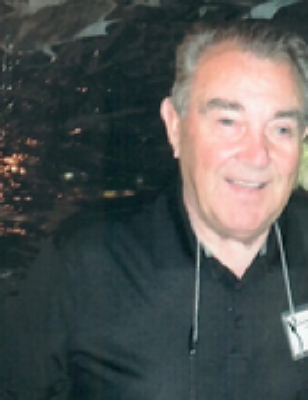