Plant a tree in memory of Carolyn
An environmentally-friendly option 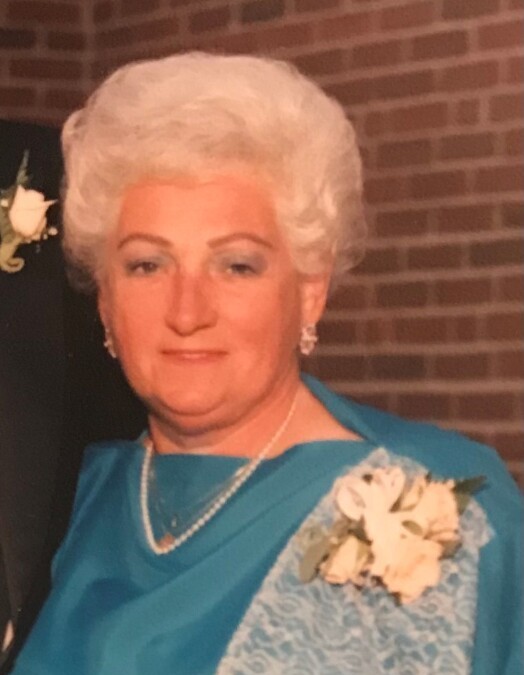 She was born in Everett, Mass, on July,12, 1931 daughter of Arthur and Gretta Sanson.  Carolyn met and fell in love with her husband of 69 years, Richard L. Barter Sr. while attending Portland High School, graduating in 1949, and then attending Northeastern Business College.

She was employed in the City of Portland Auditor's office until they were married in June, 1952. When Richard completed 4 years of service in the United States Navy they then settled in Portland where they raised their 6 children, moving to Falmouth in 1973. Family was the greatest joy of her life, always putting them before herself. She loved making every birthday, anniversary, and holiday, special for her family.

Carolyn enjoyed being a member of the Cumberland Garden Club and was proud to be a lifetime member of the Italian Heritage Center where she attended many dances, volunteered for their annual fair, played gin and attended many club functions with friends.

She was an avid bowler, but chose to raise her family instead of bowling professionally.

In addition to raising her children and bowling, she enjoyed sewing, golfing, going to garage sales with Beverly, and shopping with her daughters. She hosted many parties for her friends and family, and loved going to their condo in FL.

She never missed a chance to go dancing with her husband, New Year’s Eve being her favorite.

Carolyn was nanny to, and leaves behind 7 grandchildren and 10 great grandchildren, and several great nieces, great nephews, cousins, and friends.

Special and loving thanks to her wonderful caregivers Rebecca, Courtney, Toni, Judy, and Jackie, the staff with Home Care Assistance, and the nurses and staff with Beacon Hospice for their kindness and care they gave to our mother.

A time of visitation and memorial service will be held at A.T.Hutchins Funeral Home in Portland with a graveside service at Blanchard Cemetery in Falmouth on Monday, July 12, 2021, with a reception to follow at the Italian Heritage Center in Portland.  Service times will be announced later in the spring.

In lieu of flowers, donations in Carolyn's memory may be made to American Diabetes Association.

Plant a tree in memory of Carolyn by clicking here.
To send flowers to Carolyn's family, please visit our floral store.

Plant a tree in memory of Carolyn
An environmentally-friendly option

Plant a tree in memory of Carolyn

2 trees planted in memory of Carolyn

Sending our sincere condolences to Carolyn's family from the Downes Family.  We were neighbors when they lived on Fallbrook St.

I was so sorry to hear of the loss of Carolyn.  I have fond memories of playing trivia at the IHC with her and Dick.  She was a vivacious person, enjoyed making a wonderful home for her family. My condolences to Dick and the children.  Anna Pesce Stankiewicz

Fond memories of my childhood time with the Barter family. Carolyn always treated me like one of her own! She will be missed by me and my family. Rest In Peace dear lady!
Love, Kim Lovett

A Memorial Tree was ordered in memory of Carolyn J. Barter by Love, Kim Lovett.  Plant a Tree

Dear Barters.....Our hearts go out to all of you.  It was so sad for us when Ron called with the news of Carolyn’s passing.  We have so many wonderful memories of times spent together......dinners, parties, summer get-togethers, winters in Florida, dances at IHC, especially New Years Eve!  We will miss her terribly.  It’s helpful to know she is resting in peace after her long struggle with diabetes.  Our condolences to all of you.  Love,  Sam and Marge DiBiase

To the Barter family:
My sincere condolences on the passing of your Mom. I have many memories of her from the Malilly Rd. "growing up" days.  My thoughts and prayers are with you, and may she rest in peace.

Plant a tree in memory of Carolyn