Share a memory
Obituary & Services
Tribute Wall
Read more about the life story of Anna and share your memory.

Portland-Anna Paolilli, 95, died on Saturday, January 14, 2023, after a short illness and a long, healthy, vibrant life.

Anna was born in Portland, Maine, to Joseph and Mary Pallotta on August 8, 1927, the second of five children.

She graduated from Portland High School in the class of 1945 and was proud and happy to keep in touch with so many classmates over the years at the annual reunions which she helped to organize.

She married Rudolph Paolilli in 1949 and they began a life together that included raising three children. Anna was an accomplished cook, baker, knitter, seamstress, quilter and hooked rug maker, always sharing the fruits of her labors with family, friends and coworkers. She kept track of birthdays, always ready to produce a handmade birthday card, homemade cake, Italian cookies, whoopie pies, and more.

In addition to her family, Anna had a career as a bookkeeper with three companies: her father's business, Pallotta Oil Company; Frost Boatyard; and Portland News Company. She was a natural and it was reflected in her personal recordkeeping, which was breathtaking in its thoroughness.

After her retirement she was a volunteer at the Portland Public Library for many years where she acquired the skill of book-mending. She was a communicant of St. Pius Church and an active member of the Women's Fellowship of Our Lady of Hope and the Prayer Shawl group in particular. Her chicken pot pie was a favorite at church potlucks.

Anna was predeceased by her husband Rudy in 2015 after 66 years of marriage. She was also predeceased by her two brothers and their spouses, Gerald and Dorothy Pallotta and Joseph and Connie Pallotta, as well as her sister Gloria and Gloria’s husband William, and her brothers-in-law John Williams and John Knight.

The family is grateful to the skilled, compassionate caregivers who assisted during Anna's illness, especially her primary care physician, Debra Rothenberg, M.D.

Funeral arrangements will be private. However, a celebration luncheon for Anna will be held in the Spring at the Italian Heritage Center in Portland, Maine.

To send flowers to the family or plant a tree in memory of Anna M. Paolilli, please visit our floral store. 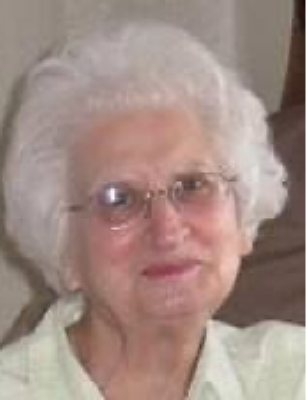 You can still show your support by sending flowers directly to the family, or by planting a memorial tree in the memory of Anna M. Paolilli
SHARE OBITUARY
© 2023 A.T. Hutchins Funeral and Cremation Services. All Rights Reserved. Funeral Home website by CFS & TA | Terms of Use | Privacy Policy | Accessibility